Village Home (VH) has been run by our director Lori Walker since its founding in 2002, but over time there have been many other people involved. The members at Bethel Church helped VH become what it is today, along with other homeschooling families that Lori worked with in the initial founding.

In 2002, Lori reached out over the online message board Yahoo Groups to a few other homeschooling families she knew and shared her initial idea. Others liked it and wanted to help out. The idea was that there would be a community for homeschoolers, and learners could be taught by someone other than their parents without having to go to a brick-and-mortar school.

When VH was founded, they were using a building around Oleson road, but not long after they ended up outgrowing the small space and looking for something bigger. That’s when Lori found Bethel Church and their building on the corner of 5th and Watson.

She drove by a few times and saw that the building separate from the church seemed to be empty during the school days, so she reached out. The church let her know that they weren’t able to do any other program in the building other than church activities due to the fact that they didn’t have the right permit. So Lori responded that VH would “go get the permit” and thought that that venture would be quite easy.

Unfortunately, the process was complicated. The permit needed was similar to the one that brick-and-mortar schools need to have. Extra safety measures needed to be put into the building and, since it was (and is) such an old building, many normal things like water sprinklers weren’t already installed.

Working with Bethel church, VH founders were able to fix up the building to a state where it was safe to operate as a school and they’d be able to get the permit. They then worked with the city to get a new permit, which took around 6-7 months to get done because there are many steps to go through. Only three days before fall term started, they got the completed permit and VH has been in this building ever since.

Initially, Bethel church used this building for Sunday school, and the county’s English as a Second Language (ESL) program. VH is now the building’s main use, but, Sunday school and ESL classes still both happen and the building is able to be used more fully.

Bethel Church has always called the building the Education Hall and, before Lori reached out, the church had been in the process of reaching out to a few other groups that might have been able to use the space due to the fact that it wasn’t getting much use during the weekdays. But after Lori reached out with the VH idea, Bethel loved it and particularly loved the spectrum of people it would welcome to the space.

Bethel Church especially liked the idea of the VH “community” and the idea of VH aligned with the church’s mission of educating and being quite accepting.

Throughout VH’s time, there have been difficulties. Initially, sharing the new space was very different. But as time has gone on, a strong relationship has formed between our landlords and the VH community.

As senior pastor David Randell-Bodman says when discussing Lori Walker, “She’s a wonderful leader, as well as a very kind and compassionate person, and she has the ability to pull people together to work well as a team.”

Mary Poppins Jr. debuted this weekend as Village Home’s(VH) first in-person musical since the beginning of the Covid-19 Pandemic. The musical ran through 18th and 19th of March at the Sherwood Center for the Arts, with three performances. Tickets are available online.

The plot of Mary Poppins follows the mischievous Banks children as they get a new nanny, Mary Poppins, who teaches them life lessons, all while singing, disobeying the laws of physics with magic, and never forgetting to have a sense of fun.

Betty has been directing and choreographing since high school. She has directed various college productions and after that she started working in children’s theater for KidStage and The Academy of Children’s Theater.

Director Betty says her favorite part of Mary Poppins has been the dance choreography, “Making up and teaching dances has been such a passion of mine since childhood. It is still something I do for fun and I feel incredibly blessed to be able to do this as my job.”

The musical is based on the classic Disney movie of the same name, but it has been changed in a few important ways.

“The movie and Junior musical are surprisingly pretty different from each other. Several subplots have been taken out of the story that were in the film and others have been added,” Betty said. “For example, in the musical, we get to meet George’s nanny, Ms. Andrew, who doesn’t appear in the movie.”

There are also several new songs that have been added, but all the beloved songs from the movie remain, such as A Spoonful of Sugar, Feed the Birds and Step in Time.

When asked about their favorite parts of being in the musical, cast members praised the close, supportive environment, and the fun musical numbers like Jolly Holiday and Supercalifragilisticexpialidocious.

Ezria Graul, who plays Mary Poppins, says one of her favorite parts about the musical are the elaborate costumes.

Director Betty says her favorite moment is Feed the Birds. “It is an important moment for the children when they open their eyes and see humanity in a real and underprivileged way.”

Coffee on the Corner

Just a few blocks away from Village Home, Ava’s is a fun little coffee shop, adequate for seating needs.With about 50 seats inside, and 54 outside, Ava’s has the potential to be rather chaotic.

Instead, it is a lovely and calm environment, with peaceful conversations around you, and a lovely outdoor fountain river. Ava’s environment makes a great place to study, write, or eat on break – and they have free wi-fi.

There are two main reasons to go to Ava’s as an alternative to usual hangouts like the Beaverton library. The first reason is the talkative environment, allowing for louder conversations than other spaces. The second reason is the food.

The price range of the food and drinks ranges from two dollars to nine dollars. The food consists of a variety of  baked goods, chocolate chip muffins being a favorite of many customers. Also among the food are amazing zuzus, fabulous cream cheese turnovers, as well as a wide selection of cake and other treats.

When it comes to drinks, Ava’s has two main customer favorites: coffee and chai tea. They make their own coffee, and it is highly praised by customers. The coffee is very hot, and is amazing on a cold day. The chai tea has a variety of spices mixed into it, making it very flavorful and interesting.

An anonymous staff member shared that they enjoy the non-stressful and community oriented work environment. The staff even get to make their own drinks from time to time, and they theme them around the seasons, such as a special type of cupcake in the fall. The staff member enjoys the summer pina colada that they made at one point.

Overall, Ava’s is a fun and worthwhile place to spend your time.

A Day in the Life of the Otter

Otter went to the scout lodge! In the snow!

Looks pretty cold out there doesn’t it, Otter! 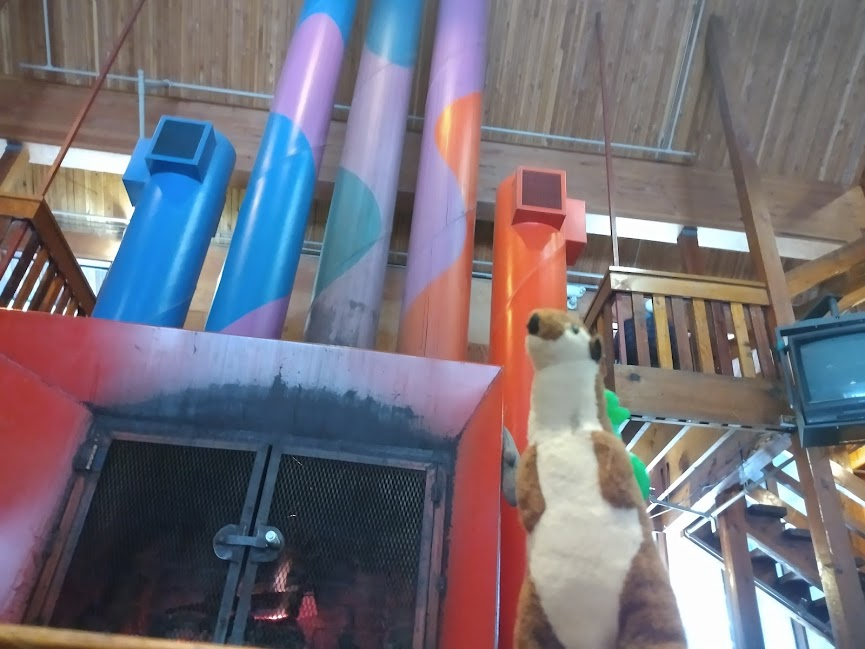 Wow, Otter! Look at the huge lodge chimney! I wonder how long it took them to build that thing? Probably a while! Good thing the ranger is really

That’s a lot of board games Otter!

I see you have found the ping pong table Otter! Having fun?

What a day! Goodnight Otter!

All credit to the BSA winter lodge and to the lovely ranger who allowed me to photograph the winter lodge for this segment.

Scroll down for the answer key:

Welcome to the Village Home blog. We will regularly update the blog with homeschooling related posts, stories, and resources for the Village Home community and home educators in Portland and around the country.
Loading Comments...
%d bloggers like this: