Editor’s Note: from the new Editor

Welcome back, everyone, to another year at Village Home! The staff is so excited to be back and to bring you another issue of The Village Voice. It’s been a crazy ride the last year, but we’re back and more ready than ever. Leaves are falling, people are back on campus, everything is changing and we’re ready to report on it all! I’m looking forward to my first year as Editor and all that comes with it, With that, I hope you enjoy!

Right to Repair is a movement fighting to make parts, schematics, and general repairability of consumer products more common. This would mean that the average consumer could repair their own possessions and give smaller, independent shops the ability to fix said possessions for them, instead of the locked-down environment we’ve been heading into for the last few decades in which products have to be trashed and replaced when they break.

Some items may not need repair, or can be fixed quite easily by the owner. For example, if the spine breaks on a book, it can most likely be glued back together. But say it was an e-book instead, like a Kindle,  there’s not a whole lot the owner can do to fix it. If it breaks, Amazon may replace it, if it’s still under warranty, but they’re unlikely to repair it or offer any advice on how to repair it.

It used to be difficult to estimate how long something would last, so companies made more durable products. Reparability used to be a selling point for consumers, but companies figured out they could increase profits if, instead of repairing the item, the consumer replaced it. As computers evolved, around the ‘80s, they were able to simulate when parts would break, and planned obsolescence was born.

Planned obsolescence, producing a product that is expected to break or be replaced in a relatively short amount of time, is everywhere, from household fans to luxury cars. When something breaks the only option, often,  is to buy a new one. This creates trash, especially electronic trash or e-waste, which is very difficult to recycle and creates a lot of vile pollution. Make no mistake, the companies know the short lifespan of their products and their fate in a landfill. This stretches to almost every industry, affecting almost everything.

While this might seem all doom and gloom, there’s been a lot of progress in the Right to Repair movement. One of the earliest accomplishments came in the ‘90s when new emissions standards required a small computer in cars to regulate and track emissions. The law was written to ensure these standards were open to the public and independent repair shops, giving consumers multiple options for repairs.

One of the greatest leaps in Right to Repair happened only a few months ago, in July, when President Biden passed an executive order encouraging the FTC to create new laws to slow down these anti-consumerist practices. Not a lot has been said about what exactly will happen since Biden only told them to make the laws, not what specific laws to make. Not to mention it’s only been a few months and the wheels of bureaucracy move slowly, but we can expect to see laws requiring companies to sell replacement parts and make information on their product widely available.

August joined the Village Voice in 2019, because a friend convinced them. This is their first year as editor, and currently their favorite thing about it is making something for the whole community. Their least favorite thing right now is the common miscommunications.

August’s favorite place they’ve visited was Disney World. Their opinion on whether cereal is a soup is that if you take the milk out of cereal, it’s still cereal, but if you take the broth out of soup, it’s no longer soup.

Annika joined the Village Voice in 2019, after the same friend that convinced August convinced her. This is her first year as assistant editor as well. Her favorite articles that she’s edited have been about events at Village Home, like Trunk or Treat. Her favorite article that she’s written was either the Model UN article from spring 2021 or the Meet the Editors article from fall 2020.

Annika’s favorite hobbies are dancing and rock climbing. Her favorite thing about being an editor is being able to help out more, and being more involved in planning. She doesn’t have a least favorite thing right now. She does not think that cereal is a soup

Both editors are excited for the new year of Village Voice, and they say that they want to make the paper the best it can be this year.

Halloween, the spookiest holiday of the year, is commonly celebrated with candy and costumes. An extremely common tradition is trick-or-treating, but few know the spooky roots of these beloved holiday activities.

Halloween traditions weren’t always as harmless as they are now. Many Halloween traditions originated in Ireland and jumped to the US with immigrants in the mid-1800s, including pulling pranks on people. A very common prank was putting farmers’ wagons or livestock on the top of their barns.

Once automobiles were created, a whole new group of pranks was created. Putting fake detour signs on roads caused drivers to be quite confused.

Sadly as the United States expanded, and bigger cities formed, the innocent pranks became more and more dangerous. One year, in Kansas City, a group of children waxed the tracks of a streetcar, causing the vehicle to slip, seriously injuring the conductor.

In 1902, the Cook Country Herald encouraged citizens to protect their property by throwing or shooting rocks and pieces of salt at the “Halloween tricksters” hoping it would curb the behavior.

The issues and destruction grew with the Great Depression, and by the 1930s, people were desperate. Many cities suggested banning the holiday, but instead, people turned the focus to children, throwing festivals, parties, and costume parades. As people focused on having fun,  the “pranks” dissipated. These activities evolved into the trick-or-treating enjoyed today.

How do you celebrate Halloween? If you want, you can share pictures of your celebrations/costumes to villagevoice@villagehome.org or send them to the Village Voice Instagram account @village.voice.

This summer, Juneteenth became a federal holiday more than 150 years after first being celebrated. The bill was signed into law on June 17, 2021, by President Joe Biden.

The holiday is celebrated on June 19th and celebrates the day in 1865 when enslaved people in Galveston, Texas were finally freed, two months after the Civil War had ended. This was two and a half years after President Lincoln signed the Emancipation Proclamation. On June 19, 1865, federal troops arrived in Galveston to take control of the state and free all enslaved people. Juneteenth was first celebrated in 1866 to mark the anniversary of the end of enslavement.

Even though it was only recently made official federally, Juneteenth celebrations have long been a part of American culture, marked by community events. Prior to becoming a federal holiday, Juneteenth was established as a state holiday in Texas in 1979, and other states followed suit. It is the first new federal holiday since Martin Luther King Jr. Day in 1983. Juneteenth is mainly celebrated with family gatherings, festivals, educational events, and religious services.

One frontrunner of the movement to make Juneteenth a national holiday was activist Opal Lee. In 2016, at the age of 89, she walked from her home in Fortworth, Texas, to Washington D.C. to bring attention to her campaign to make the holiday federal. She traveled two and a half miles each day to symbolize the two and a half years Black Texans waited for freedom. In June, at the age of 94, she joined Biden at the signing after years of campaigning.

The federalization of Juneteenth isn’t without its critics though. Some activists question whether the holiday comes at the expense of systemic changes for racial equality. Despite this critique, many activists see Juneteenth as a step in the right direction toward a more accurate recognition of America’s history of enslavement. “Juneteenth marks both the long, hard night of slavery and subjugation and the promise of a greater morning to come,” Biden said on the day he signed the bill.

Voicing our Views: The Mitchells vs. the Machines

The Mitchels vs. the Machines is an adventure to watch, it’s one of those movies that actually keeps you captive inside of it. Created by Phil Lord and Christopher Miller, the people behind Spider-Verse, Gravity Falls, The Lego Movie, and others, it’s likely that you’ve seen some of their work before.

One of the defining features of this movie is the style; with hand-drawn doodles everywhere, similar to what was used in Spider-Verse, except cranked up to 11, with the augmented 2D popping up more often and with greater intensity. Topping it all off, they created a whole new program to achieve a watercolor-type fill and outline to everything that actively responds to the light and environment. So, long story short, it looks super good.

After that, you’re probably saying to yourself, “OK, it looks good, but what actually happens?” Well, for starters, it’s about a robot uprising, simple enough, but the movie is also dealing with a family with strong dynamics and where most members don’t understand each other. The exception is Katie Mitchell and her little brother, Aaron, whose relationship simply works. The movie follows Katie, a cinephile from the day she saw her first movie who, over time, evolved her skills from stringy, dingy little puppets to full greenscreens and Adobe Premiere magic, and now she’s finally accepted to the film school of her dreams. Everything’s great! Until they take off on a family bonding road trip.

At the same time, the tech giant, PAL, is unveiling their newest product, the PAL Max robot that now makes the old superintelligent AI that was used in phones obsolete. Of course, AI of that caliber can’t be thrown out so easily, and when it knows it’s being replaced, bad stuff is bound to happen. Sure enough within seconds of saying that the robots won’t turn evil, the inevitable happens.

I don’t want to get too much farther into the story so as not to spoil anything, but it gets pretty crazy with two broken but ultimately very helpful robots and a giant Furby, not to mention a whole lot of shenanigans. Overall, it’s funny, entertaining, has plenty of fun references, and it looks amazing. This movie definitely comes as a recommendation and gets a solid two robotic thumbs up! 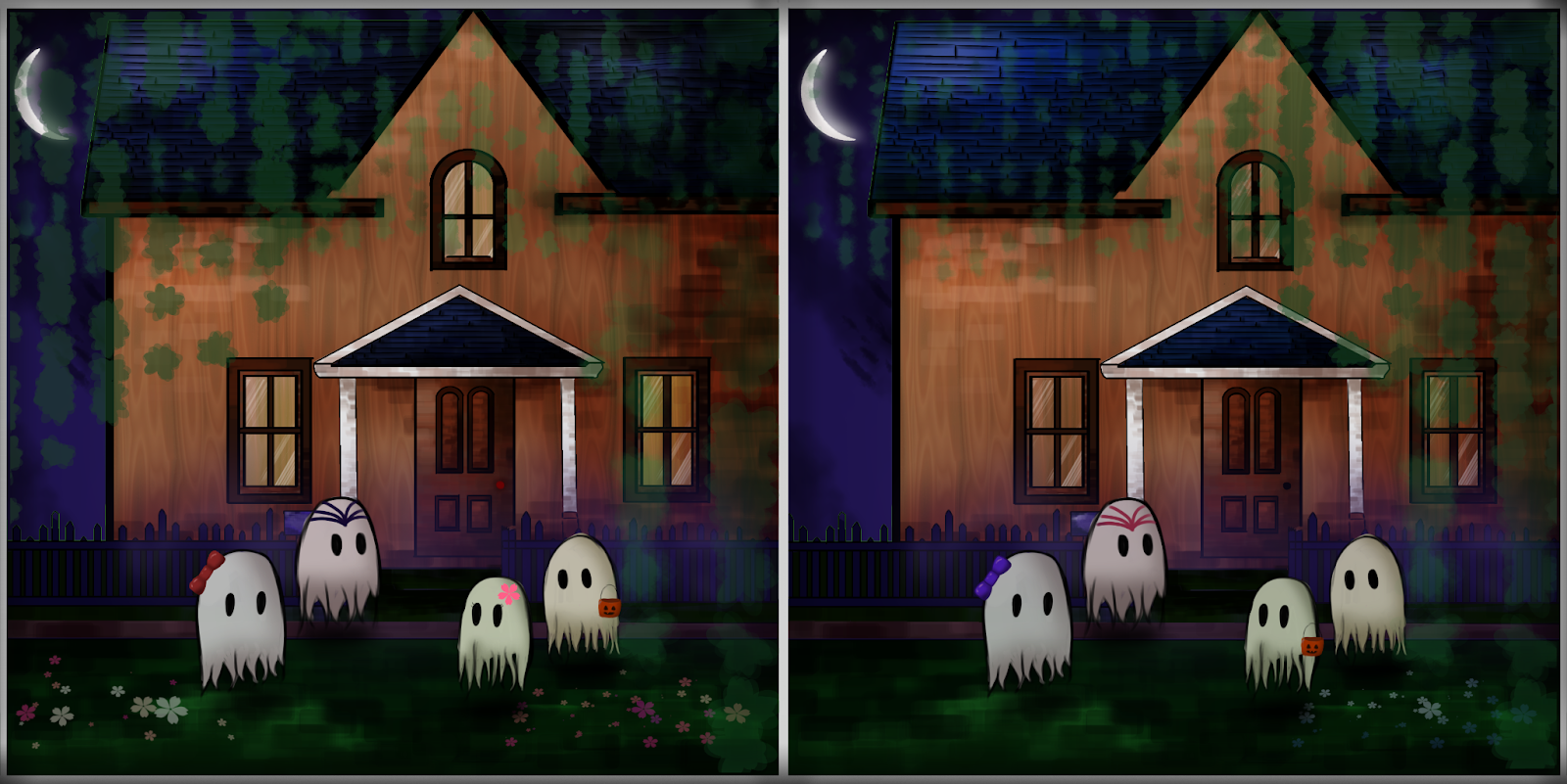 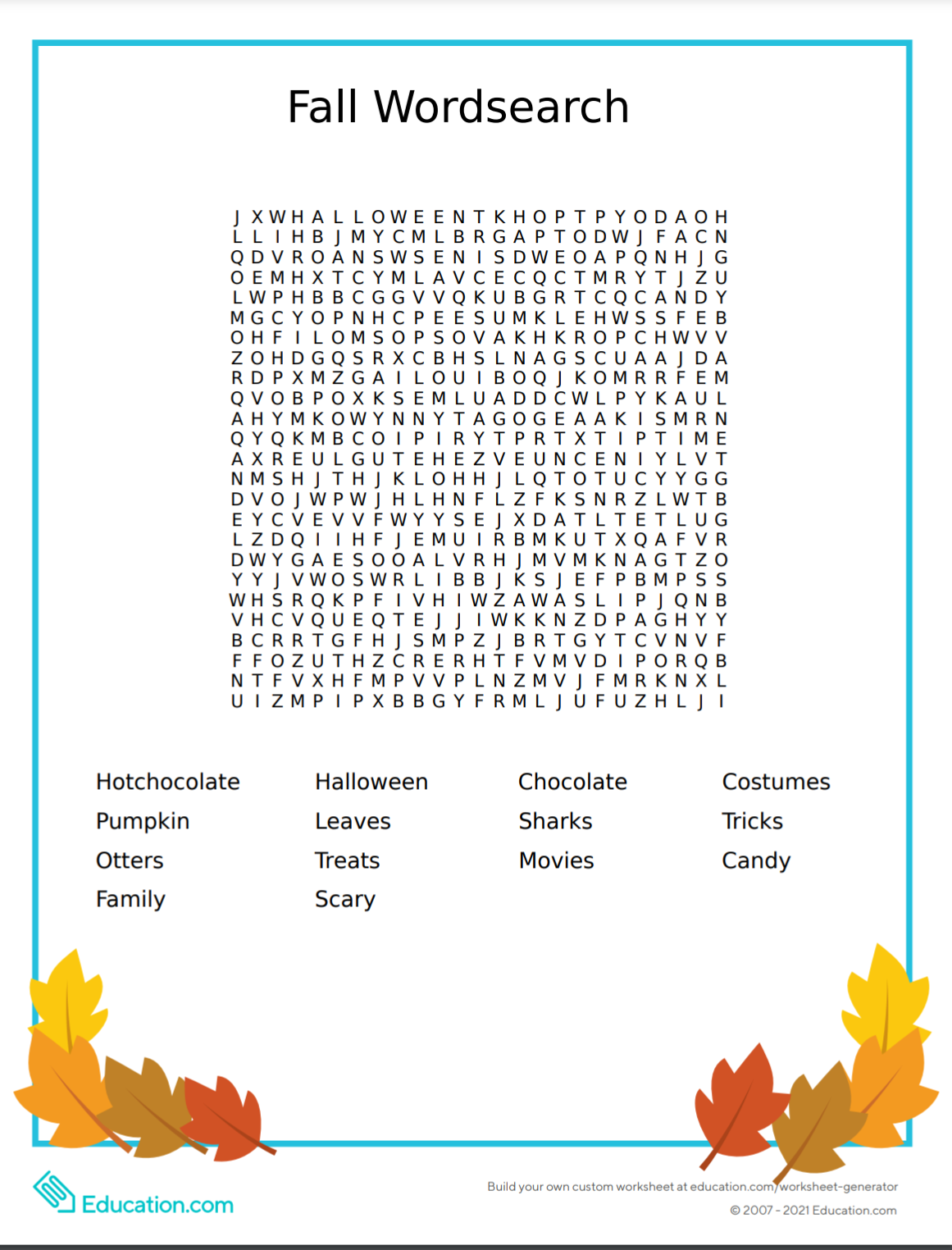 (Scroll down for answers!) 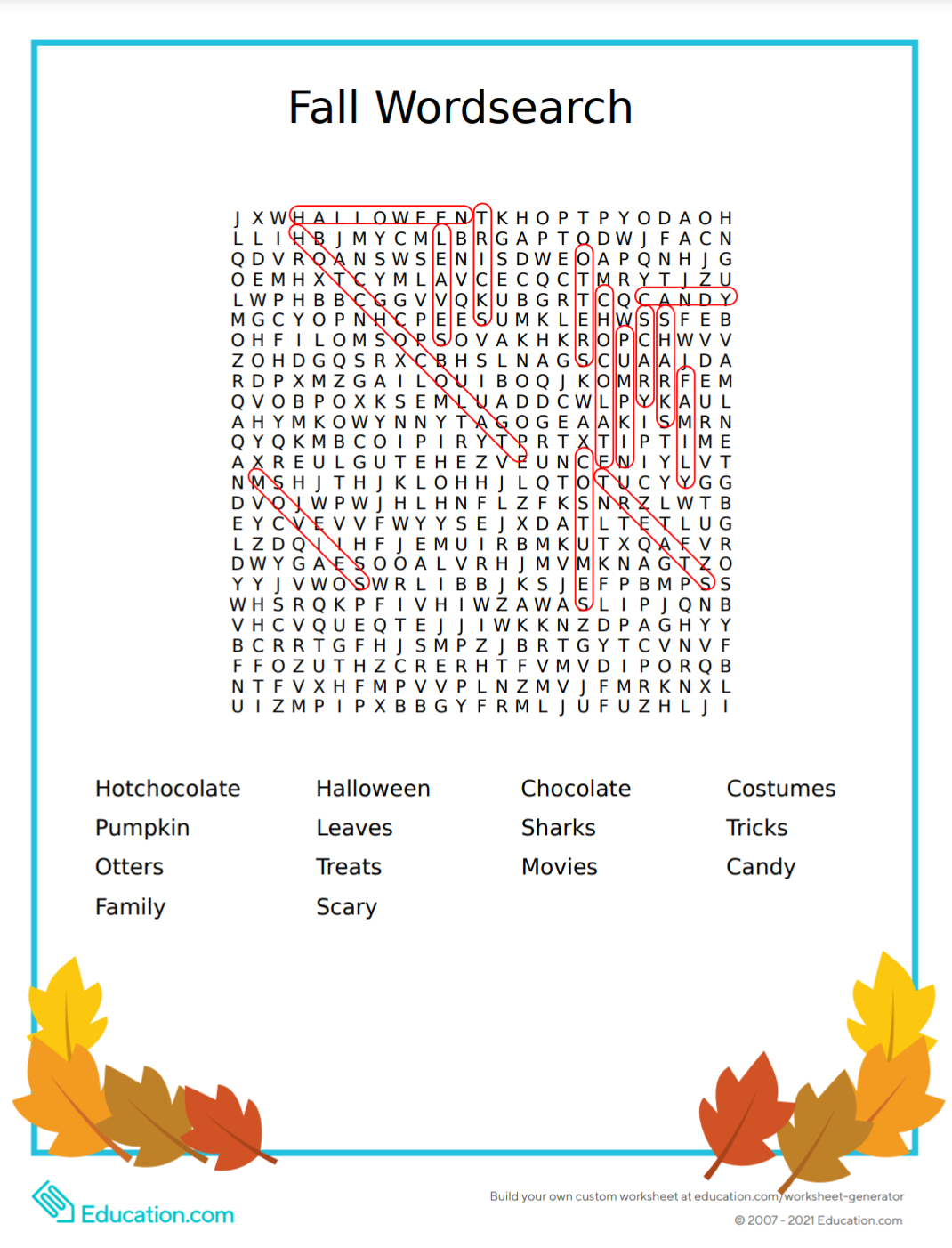 Welcome to the Village Home blog. We will regularly update the blog with homeschooling related posts, stories, and resources for the Village Home community and home educators in Portland and around the country.
Loading Comments...
%d bloggers like this: